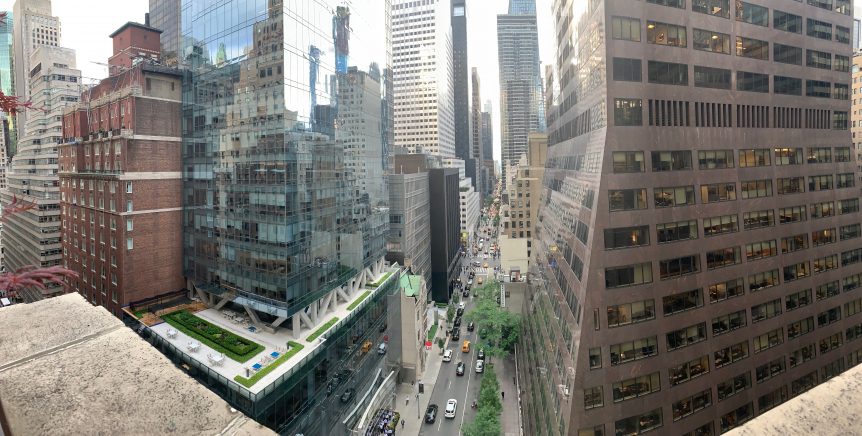 There truly is something magical about New York City.

I still remember the first time I ever visited New York. Beforehand, I was excited, although a bit skeptical that all the songs and quotes about the city were a bit romanticized. However, I found that for me, the picture painted of New York City was pretty spot on. Coming from a small suburb in Wisconsin played a role in that, but I fell in love with the city right away; the bright lights, the hustle of bustle, the huge skyscrapers, and the overall energy. I knew that somehow, some way, I had to make it back.

When I found out about MSBA, and later was fortunate enough to get a call from our Program Director Kevin Paul about my acceptance into the program, I could feel the New York energy all the way from Madison, Wisconsin. From then, the excitement of MSBA has continued to build, peaking when I arrived in New York City. On the plane ride from Milwaukee, I envisioned everything that was going to come this summer.

Going through orientation and meeting my 15 other MSBA peers went as well as I could have imagined. It never fully hit me until our founder, Ben Sturner, talked about the opportunity we have in front of us this summer; what we’ll see, what we’ll learn, and the connections we’ll make. Although I’m just getting to know the 15 others going through this journey with me, I’m sure I’m going to come away this summer with new lifelong friends.

After a post-orientation dinner at Buffalo Wild Wings, I reflected on everything that happened today and mentally prepared myself for my first day at my internship with Radegen Sports Management.

Every day, we face some form of adversity. It can be big, such as receiving the David Ortiz news last night, or smaller things like a job rejection, running late, or a bad grade on a test. As I adjust to life in New York City, I’m ready to grow from any challenges I may face. To my MSBA classmates, we’ll all be thrown a lot of curveballs this summer. However, there’s a reason we’re all here today; we’ve hit those curveballs out of the park in the past and will continue to do so for these 8 weeks.