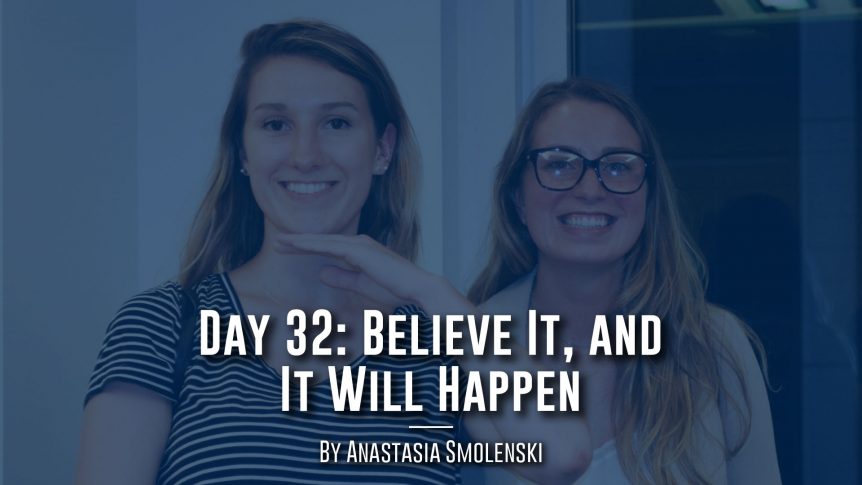 February 5, 2012. I’m on the floor of my best friend Hannah’s house, plopped uncomfortably close to the television, as though I’m in a movie theater and there are no seats left except for the front row. In this case, the discomfort in my craned neck is completely my choice. I alternate between stress-eating my own personal bowl of guac and chips and screaming at the madness unfolding before me, eyes never leaving the screen. The rest of my friends are sitting on couches, occasionally taking breaks from their casual conversation to tell me to take a deep breath. When TB12’s ball finally drops in the end zone, just out of reach of Gronk’s outstretched arms, the tears begin to fall. Somehow, my rag-tag 9-7 New York Giants did the impossible, again. For the fourth time in franchise history, we were world champions.

The Giants won my heart in 2008, the third time they won the Super Bowl. I had been a football fan for a while, but choosing a team was not exactly easy. With a Mom from Philadelphia and a Dad born in Brooklyn, I was the only child in America with both Jeremy Shockey and Donovan McNabb jerseys in her closet. But post-helmet catch, I was all in on Big Blue. And despite the recent crowning of Philly and Wikipedia titling the most recent era in Giants history simply as “struggles,” I haven’t looked back.

“When the odds are stacked against you, which let’s face it, they are when you’re trying to break into the sports industry, embodying the New York Giants is not a bad strategy to have.”

While I was ecstatic in 2008, the 2012 Giants win was different. It felt as though it was mine, as if somehow sitting so close to the television controlled the accuracy of Eli Manning’s passes, and the stiffness of my neck was equivalent to the aches that were sure to linger in the players’ muscles after such a long season. As per Ed O’Hara, President and Chief Creative Officer of SME, Inc., who MSBA had the privilege of hearing from tonight, “brands are not functional benefits, they are emotional rewards.” For me, being a Giants fan, and as such, buying into the Giants brand, has been one hell of an emotional reward.

Ed also spoke to how brands come from the mind and heart, and how they are always bigger and more emotional than you think. While all brands can carry emotional weight, sports teams are truly in their own league (no pun intended) when it comes to winning the heart of consumers. As Ed mentioned, while Coke is one of the most powerful brands in the world, no one cries while cracking one open, no matter how refreshing it may be. Comparatively, let’s flash back to the emotional wreck sitting on Hannah’s floor six years ago. To me, the Giants are not just a football team. The underdog spirit and resilience displayed in their latest two Super Bowl seasons, characteristics which have become some of their brand pillars, are pieces that I like to take with me in my everyday life and have particularly resonated with me this summer.

When the odds are stacked against you, which let’s face it, they are when you’re trying to break into the sports industry, embodying the New York Giants is not a bad strategy to have. The past few weeks have somehow been both exhausting and exhilarating at the same time, and I would be lying if I said that the feeling of “damn, how the hell did I end up in this room?” that I mentioned in my first blog post had completely gone away. Fortunately, I have an incredible support in my MSBA Mentors (shoutout David, Carson, and James), who have taught me that if working in sports is what I truly want to do, to never give up no matter how hard the job search next year may be. And whenever my confidence waivers on that qualifier, watching a World Cup game or discussing the repercussions of Bron’s move to LA with my MSBA fam is all I need to remember exactly why I chose this path. All I have to do, as Michael Strahan said mere minutes before David Tyree summoned a miracle and I officially became a Giants fan, is “believe it, and it will happen.”