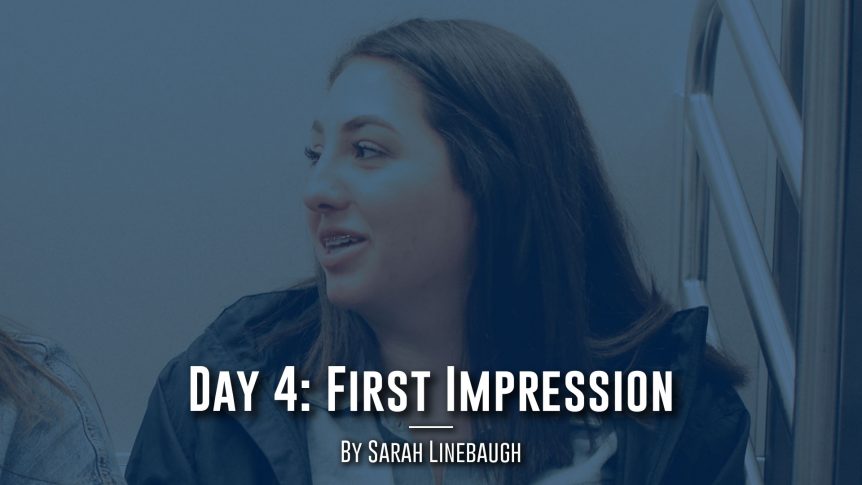 I woke up on Day 4 of MSBA with a renewed excitement when I remembered tonight would be our Kickoff Celebration, where my fellow classmates and I would finally meet our Mentors after a week of mostly emails and a few phone calls. After the excitement passed, a nervous feeling began creeping in. I started to question everything and nitpick what any normal person would consider no big deal. Did I look okay (even though everyone was donning the same navy blue polo for tonight’s event)? Did I have everything I would need for the day? Would I make a good first impression on my Mentors?  My first impression would set up how my Mentors would view me for the remainder of the summer and beyond; it had to be perfect.

When I arrived at my internship at Radegen Sports Management, my supervisor let me and the other interns know it would be a chill day without a lot of work. On a day like today, I did not welcome that news. I needed something to keep me occupied and to keep my mind away from stressing about the first impression I would make on my Mentors. I kept myself busy throughout the day with tasks and going out to lunch with the other interns, but I kept replaying how my first impression would play out. Too many scenarios with too many different outcomes came out of that until I thought back to what David, one of the Co-Founders of MSBA, had said when he spoke to our class on Monday, “control what you can control.”

“I could feel the power and experience all the Mentors carried with them. I can only hope to one day walk in a room and have that effect.”

After work, Claudio (who is also interning at Radegen with me) and I stuck around the office rather than heading back to MSBA Housing, and the nerves that I had suppressed throughout the day were returning as I began to mess around with my hair. We took an Uber to The Ainsworth and were greeted by a few of our classmates who had already arrived. At around 6:30, the Mentors came flooding in. To be honest it was a little overwhelming, as I could feel the power and experience all the Mentors carried with them. I can only hope to one day walk in a room and have that effect. I began chatting with a few of the other Mentors and helping them find their Mentees as I awaited the arrival of my own.

First, I met Jason Belzer, President of Game, Inc. When it was first revealed who my Mentorship Collective was a little over a week ago, I was ecstatic to see Jason was one of my Mentors. With my desire to potentially work in college athletics one day, I had a feeling Jason and I would get along very well (not to mention, AthleticDirectorU and D1.ticker is one of my favorite sports newsletters I am subscribed to). After talking to Jason for a while, I searched for my other Mentor in attendance: Courtney Chase, MSBA Class of 2016.  Courtney and I hit it off right away and talked for most of the event. Our conversation didn’t just focus around my goals or her career or time at MSBA, but also mutual friends, some Jets versus Patriots banter, and New Jersey. Courtney and Jason also got the chance to meet and chat as well.

At the end of the night, I will admit I was overwhelmed, still worrying about the first impression I made. After expressing some of my worry to David, he quickly reassured and reminded me that all the Mentors are here to help my classmates and me succeed and to teach us. David also reminded me to breathe and take a break, saying, “we will always be our hardest critics.” I am extremely guilty of always wanting to be as perfect as possible, and when I do make a mistake, I carry it with me to ensure it will never happen again. After thinking about what David said, I remembered another goal for my summer at MSBA was to learn how to get over mistakes, rather than let them linger and make me nervous or scared to do something. At the end of the night, I realized a lot of my worry was for nothing and I was thankful I got along with my Mentors. I am beyond excited to get to know them more and make them proud to have me as a Mentee!

To take that “break” David mentioned, a group of us went out for food after the event. After walking around aimlessly for a good thirty minutes, our group decided to head back to MSBA Housing, change out of our sweaty polos, and grab some good old New York Pizza. Three slices and many laughs later, I was slipping into a food coma and ready to call it a night, only to wake up and do it all again tomorrow!