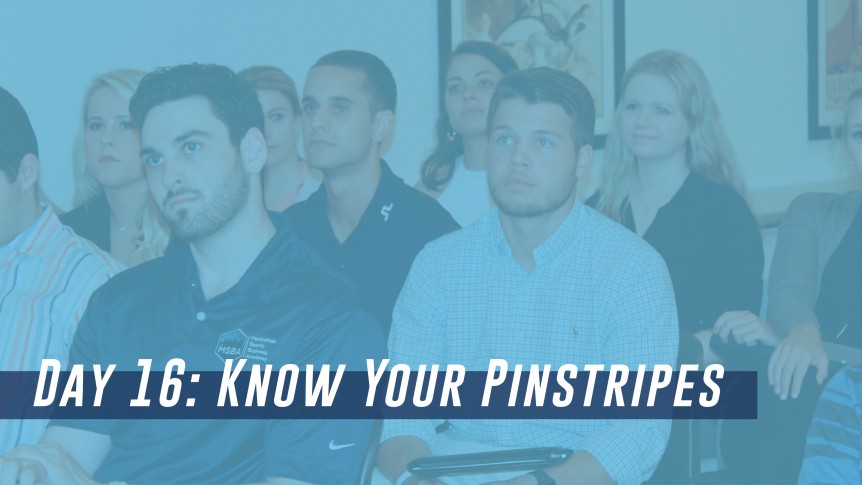 As I sit down tonight thinking about what to say in this blog, it’s extremely difficult to encapsulate the first two-and-a-half weeks of the program and living in NYC into a short blog post. What do you get when you throw 25 like-minded individuals together in a big city? One hell of an all-star lineup. The MSBA staff really outdid themselves with selecting the right people for this incredible program.

I remember when I got the call. I picked up the phone and Lorne and Bailey wasted no time letting me know I had been accepted into the MSBA family. To say I was excited would be an understatement – I literally yelled “LET’S GOOO!” into the phone. Don’t believe me? Go ahead ask them. Getting a job for the summer following graduation is on every college senior’s mind, but actually taking part in something that’s going to accelerate my skills and knowledge in the industry I’m passionate about like MSBA is without a doubt a power move in light of my young career.

Let’s move on. Aside from my internship with the PGA TOUR, which is outstanding so far, I have been exposed to so many different facets of the sports industry. Whether it is a handful of well renowned leaders in sports biz or our Office Field Trips to Taylor, the NBA League Offices, and the one and only Madison Square Garden, one could say we’re getting an elite 360-experience.

“We’ve got a lot of players on our team and we all play different roles – some are Kerrs, some are Iversons, some are Kobes, some are Horrys, and some are Jordans – but at the end of the day, we’re all going to be winners.”

We’ve been told countless times that the sports industry is a very small big world and that stepping outside your comfort zone and building relationships is key to being successful. Let me tell you this, moving out of my comfort zone (Kentucky)(CatsBy90) has been one of the best decisions of my life thus far. When it comes to building relationships, we’ve been told to never stop networking. Three weeks in and I now have 24 new friends I’m extremely fortunate to be surrounded by daily. I’ve become very familiar with introducing myself over the past few weeks (we introduce ourselves to the Speakers each night before they begin) and the fact that any commonality at all can open up a very impactful conversation. Just asking a question, giving a simple introduction, shaking a hand, or sending a thank you note can go an extremely long way when forging relationships in any industry.

Last night, we went downtown to the Cogent Entertainment Marketing offices where we had the opportunity to listen to Cogent’s CEO & Founder, Mark Zablow. I can’t even begin to explain how straightforward and real Mark was as he gave us a very simple, realistic outlook on what it takes to make it in the sports industry. To quote Mark referencing the movie Catch Me If You Can, “Know your pinstripes.” When another team plays the Yankees, they feel like they aren’t just playing any other ball club – they’re playing the greatest team in sports history in the greatest city in the world. Therefore, they already feel like they’re down by just seeing those pinstripes. To put this into simpler terms, we have to understand people’s perceptions and leverage that to our advantage in every aspect of business and in life.

So far, this program has already presented me with some of the craziest opportunities. I turned 23 over the weekend, so celebrating that with some of my MSBA peers in NYC was a night to remember – or to try and remember, at least. We’ve got a lot of players on our team and we all play different roles – some are Kerrs, some are Iversons, some are Kobes, some are Horrys, and some are Jordans – but at the end of the day, we’re all going to be winners.