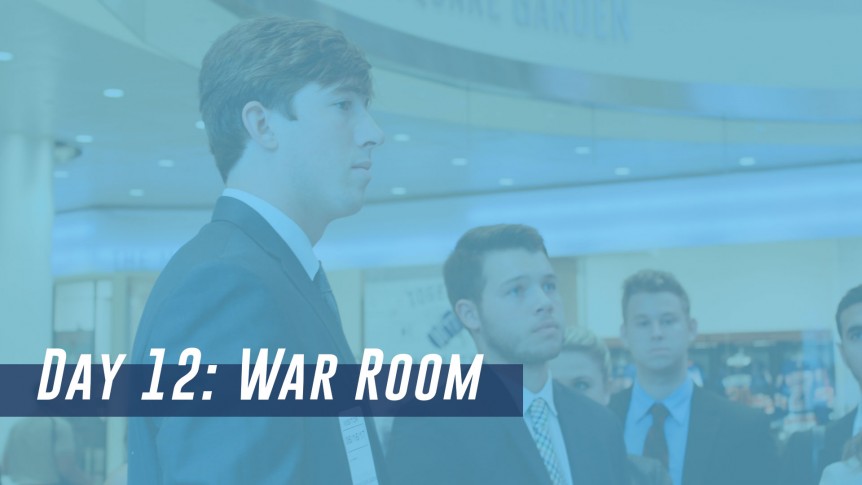 Thursday presented me with one of the most unique experiences of my life.

I am interning for a talent representation agency called ASM Sports; we represent basketball players both in the NBA and in leagues abroad. Unlike the players who have time off during the summer, agencies are busy preparing their clients for the NBA Draft and gearing up to tackle free agency in July. Naturally, when I began at ASM (June 12th), the agency was just getting into the heart of their work schedule.

When it came time for the Draft, the agency asked the interns to come and contribute in the “war room” by updating social media graphics, generating relevant information about organizations and their summer league teams, and cultivating a log of the transactions happening simultaneously with the Draft. It was rewarding to be a part of something so established as the NBA Draft.

“Thanks to the MSBA administration and contributors, I now know the value of culture and how utilizing it can catapult an organization forward.”

Though I spent the majority of the evening in front of a computer, I can’t say I’d rather have been doing anything else. From a ‘macro’ standpoint, watching Lonzo and other kids realize their dreams was a flat-out terrific experience.

While this event was a time for sure, it seems small with everything that’s occurred up to this point in MSBA. I’ve been in New York for approximately two weeks, and in that time I’ve seen my favorite band play at Citi Field, witnessed a league born in the Big3, eaten steak with Myles Turner, ran 5v5 in the street ball capital of the world, and enjoyed Central Park in its tranquility – all in the company of new friends.

Truthfully, that has been the most enjoyable part about this experience up to this point. Meeting new pals through MSBA and college friends has helped amplify my enjoyment of the city tenfold. Everyone’s ambition and cleverness is contagious.

I’ve been equally as impressed by how the MSBA Staff, Speakers, and Mentors are able to retain an unmistakable air of professionalism while being laid back at the same time. Thanks to the MSBA administration and contributors, I now know the value of culture and how utilizing it can catapult an organization forward. When you can hear the roar of an organization’s culture, it helps create a sense of direction; in MSBA’s case, that direction is towards the skyscrapers.