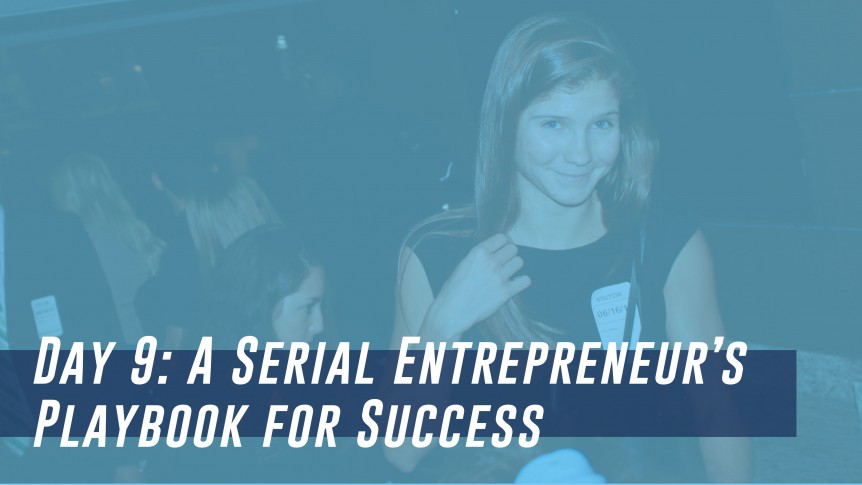 “What exactly is a ‘serial entrepreneur’?” Half jokingly, my classmates and I were trying to give a summary of Mark French’s bio in the group chat in preparation for tonight’s Speaker Series, with little success in fully capturing the scope of his work. Yet only moments into his presentation, it was immediately clear that our guest for tonight’s Speaker Series has an innate way of capturing an audience. As my classmates and I introduced ourselves, like we do before every event, Mark French made an effort to get to know each of us just a little better by asking a question or two, miraculously finding common ground within a matter of seconds and perfectly illustrating the foundation of what it means to cultivate meaningful relationships.

Just taking a quick glance at Mr. French’s bio is incredibly impressive – look closely at his entire list of accomplishments, successful business deals and entrepreneurial endeavors and it’s nothing less than overwhelming. In addition to founding NBC Everywhere and Mission Athletecare (where I am currently a Sales and Marketing Intern!), Mark French is the inventor of Court Grip™, a member of Derek Jeter’s Board of Advisors for The Players’ Tribune, and is currently in the process of launching a couple of other projects – now we are starting to get the idea of what a “serial entrepreneur” really means. Despite embodying the epitome of a successful entrepreneur, when Mr. French spoke to us tonight he rarely used the word “I” in reference to his accomplishments; instead, every milestone or breakthrough within his career was described as a product of a network – a “we.” His teammates have been those he sought out along the way after noticing a common passion and a like-minded value of the importance of integrity.

“Capitalizing on Mr. French’s advice to focus just as much on growing our networks “out” as we do on growing them “up,” I personally am learning just as much from my classmates as I am from the speakers through their meaningful questions and personal experiences. I have no doubt that these are the people I want on my team.”

It was a refreshing sigh of relief as he explained that the most crucial ingredient to becoming successful was being authentic, especially in a world where success is commonly measured by sales and capital acquisition. Risking the stereotypical cliché, Mr. French explained he operates by the belief that “good things happen to good people,” and that the most crucial part of our professional development is forming meaningful relationships – essentially building an all-star team. His playbook for success was a combination of tactical research and understanding of the problem and consumer needs a product can solve, yet he did not discount the importance of elements of being a good person: authenticity in interactions, discovering something you’re passionate about and finding a way to give back to those who have helped you along the way. He made being a three-time ‘40 Under 40’ recipient, a founder of multiple companies, products and brands and a father of two kids sound like a walk in the park, simply by placing an emphasis on the way we carry ourselves in our day-to-day interactions.

We’ve only been here at MSBA a week, and my classmates and I have been afforded the opportunity to interact with and learn from the sports industry’s top professionals. Through our internships and Mentorship events, we are gaining experience to shape, as well as the confidence to tell, each of our authentic stories. Capitalizing on Mr. French’s advice to focus just as much on growing our networks “out” as we do on growing them “up,” I personally am learning just as much from my classmates as I am from the speakers through their meaningful questions and personal experiences. I have no doubt that these are the people I want on my team. I didn’t know exactly what to expect before arriving here this summer, but I do know that this past week has been better than I ever could have imagined. I can’t wait for what’s next!