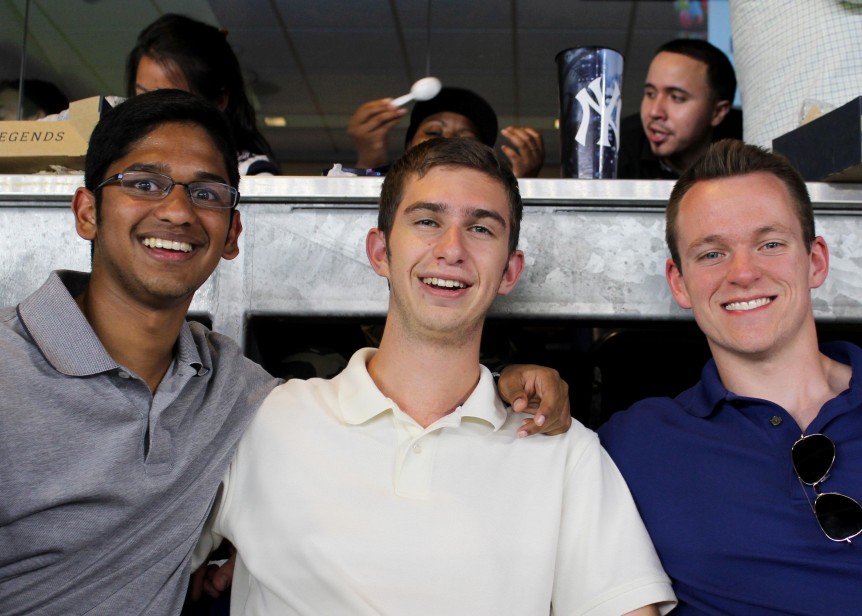 You have inspired me to be a leader.

One night during my sophomore year, back in 2015, I searched “How to get into the sports industry” while I was lying in my bed. I had just turned off the TV after watching the Angels beat the Texas Rangers and was doing some late night thinking. My search brought me to an article written by Jason Belzer called “Sports Industry 101: Breaking Into the Business of Sports”. At the bottom of the article, it mentioned a small program called the Manhattan Sports Business Academy. I looked up the website and immediately fell in love … to be honest, a little too in love. A program where I could be surrounded by 24 other students who share the same passion for sports as I do while meeting the people I look up to the most in the athletic world? Sign me up.

“In 5 years, I’ll look at what my fellow members have done in their young careers and be absolutely astonished by them. They will be the most important contacts I have in the sports business world.”

Before this program, I had never visited New York City, I had never spent more than three minutes on the subway, and I had an irrational fear of elevators. After the incredible eight weeks I just encountered, I can gladly say that two out of the three of those have been overcome.

On the first day of my arrival in the notorious NYC, I remember looking around at the 24 other members of MSBA 2016, the five staff members, and the thousands of enormously tall buildings surrounding me and thinking, “What did I just get myself into?”

I had talked to a couple of former members of this program before I arrived to get a little perspective of what I was about to embark upon; I asked all of them what their favorite part of MSBA was, and each of them responded with the same answer: The relationships they made with the other students.

I remember hearing those answers and thinking, “Are you for real? You get to tour the most exciting city in the world, hear from some of the most successful business men and women in the country, and advance yourself in the industry more so than 99% of other people your age, and your favorite part is the 24 other students?”

I would have never guessed it, but without a doubt they were 100 percent correct. It’s not even a question. There are members in this program whose hair color I didn’t even know in May 2016, and now I would trust them with my life. In 7 years – actually scratch that – in 5 years, I’ll look at what my fellow members have done in their young careers and be absolutely astonished by them. They will be the most important contacts I have in the sports business world, and this program has done an excellent job of allowing us to understand that on our own.

I understand the application process for this program may be intimidating. Seeing that only 25 people are accepted worldwide can be terrifying. But as one of those 25, I will make the people that believed in me proud, or better yet, inspired. I owe a lot to this program and will work to the best of my ability to be one of the people who you look at in 5 years and say, “ That man is a leader. I bet he was in MSBA.”

Until next time, NYC. When I come back, your elevators won’t scare me anymore.