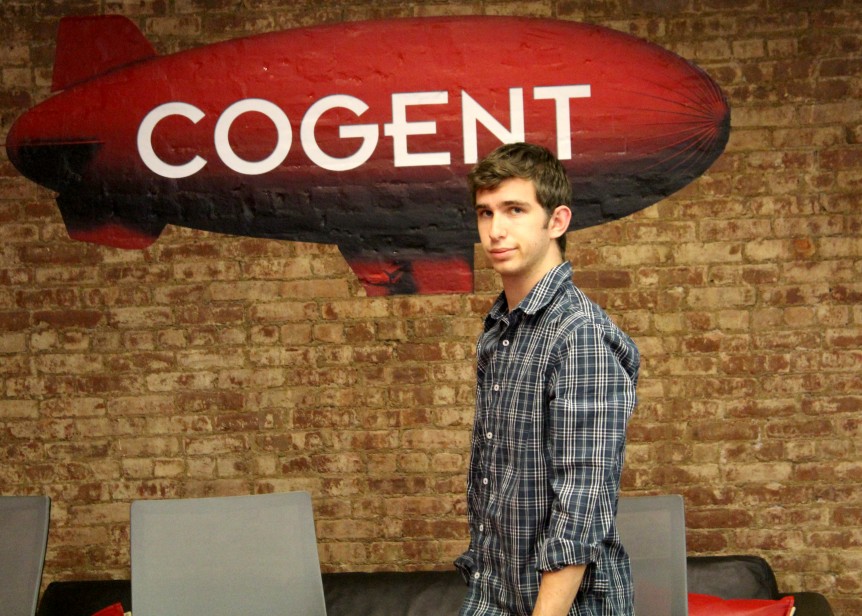 Some are born great. Some achieve greatness. Some have greatness thrust upon them. Here at MSBA, we witness all three.

Boys and girls around the globe have dreams of what they want to be when they grow up. Some want to be firefighters, some want to be ninjas, and some want to be superheroes. As for me, I wanted to be a professional baseball player. Better yet, I wanted to be the best pitcher that this world has ever seen. I would spend countless hours every day throwing balls against the wall and picturing myself throwing against feared hitters like Ken Griffey Jr. and Sammy Sosa.

“The connections I have made thus far and the experiences I have been through in the short time I have been in New York have slowly but surely increased my confidence to be great.”

As I got a bit older, I started to appreciate the intricate details of the art of pitching. Throwing it as hard as I could and hoping it didn’t hit the batter in the head was no longer the prerogative; instead, what pitch to throw in a specific count and where to throw became my general mindset. As a kid who wasn’t exceptionally tall or strong growing up, my competitive advantage became out-smarting hitters. Brain over brawn. I believed that my ticket to having greatness thrust upon me was through pitching; utilizing that competitive advantage to create a career for myself as a dominant pitcher.

Unfortunately, life threw me a curveball (pun intended). In eighth grade, a pitcher who I had looked up to greatly and modeled my mindset after was killed in a car crash. He was on the road to achieving greatness, but sometimes this world can be so unjust. I decided to would wear his number (34) on the back of every jersey I wore and show the world that I could achieve the greatness that was taken away from him. I would push myself to practice and work harder than everyone else and build my internal strength to become someone that could overcome life’s obstacles, no matter the circumstances.

Unfortunately, life will always have the final say. In my senior year of high school, during the process of colleges recruiting my pitching ability, I tore the UCL in my right elbow. It was then that I was told that my chances of pitching again were extremely slim without major procedures. I didn’t know what to think. My dreams were vanished and it seemed that my ability to achieve greatness had come and gone. My hard work and my passion had been rewarded with dismay and pain.

However, while life can be cruel, it works in mysterious ways. If it were not for that injury, I would have never received a phone call from Mr. Lorne Segall on Thanksgiving morning that I had been accepted into be the most prestigious sports business experience in the world.

Through the past 4+ weeks, I have comprehended that I can still be great in the world of baseball; maybe not as a pitcher, but as a businessman. I don’t have to give up the mentality that brain trumps brawn, but in fact utilize that to maintain a different competitive advantage. I may not become the greatest pitcher the world has ever seen, but the possibility of me being one of the most respected sports businessmen in the world is enormous. The connections I have made thus far and the experiences I have been through in the short time I have been in New York have slowly but surely increased my confidence to be great.

There is a reason why I was given Day 34 as my second blog post for MSBA 2016. Thanks to the Manhattan Sports Business Academy, I will have greatness thrust upon me.

Dare to be great.