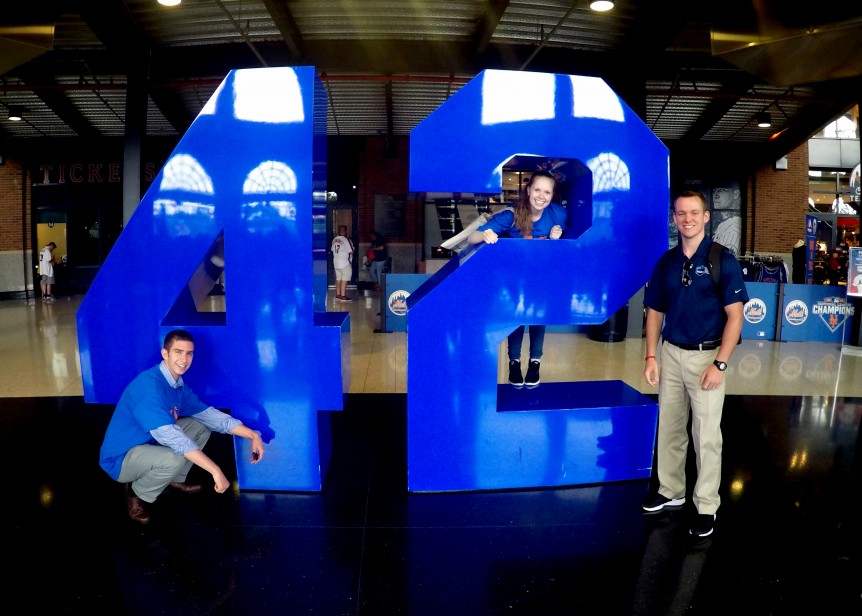 I cannot believe we just concluded our fifth week of the program. Part of me feels like I’ve been friends with everyone for a lifetime, and part of me feels like this whole experience just began – needless to say, these five weeks have gone by far too fast. This week has been absolutely incredible in terms of MSBA programming. We got decked out in Jordan gear and played ball on his court, we got to visit the Barclays Center, which was super exciting for me since Roc Nation’s Summer Classic Charity Basketball Tournament will be held there on July 21 (get your tickets now!), and we got to go to Citi Field to hear from a New York Mets Panel and watch a game!

“Going into this summer, I thought I wanted to work for a team or a league, and after hearing from the Mets organization I’ve come to the conclusion that if I can’t be a player on the field, I want to be a player behind the scenes.”

I’ve been a Mets fan ever since I can remember, so having the opportunity to hear from their team was incredible. We spoke to Dan Gaiman (Manager, Sponsorship Sales & Partnerships), Jared George (Business Intelligence & Analytics), Bryan Hayes (Coordinator, Amateur Scouting), Kelly Higgins (Senior Manager, Partnership Activation), Mark Hogan (Manager, Premium Sales), Dan Malandruccolo (Manager, Guest Experience), Tim Walsh (Assistant, Marketing), and Jake Winowich (Director, Group Sales). Having a panel of professionals with diverse jobs within the Mets organization was really helpful to hear. For example, I’d never really considered a job on the scouting side, but after hearing from Bryan it’s something I will definitely consider.

I learned that working for a team like the Mets is both incredibly rewarding and incredibly time consuming. Most speakers on the panel said that the off-season is even busier than during the season (despite common misconceptions) and that even though they love what they do, they are often at the ballpark until games end at odd hours of the night! But one thing that really impressed me was their love and dedication to the team. They all believed the Mets would make the World Series again this year, and were all determined to do their part in getting them there. Going into this summer, I thought I wanted to work for a team or a league, and after hearing from the Mets organization I’ve come to the conclusion that if I can’t be a player on the field, I want to be a player behind the scenes.

After hearing from the panel we got to watch the Mets game from incredible seats. The weather may not have been ideal and the Mets may not have won, but the bonding experience was unbeatable. We all got free t-shirts and laughed the whole nine innings; I can honestly say there is no other way I’d rather spend my Friday night.

So as I go into the final three weeks of MSBA 2016, I go in exhausted, excited and exhilarated for the final inning of the game. Lorne, Bailey, David, Ben, Brandon, Jakob and my 24 classmates have put us all in winning position, and now we just need to drive it home. I’m already dreading saying goodbyes and going home, but I know that’s a sign of a summer well spent.