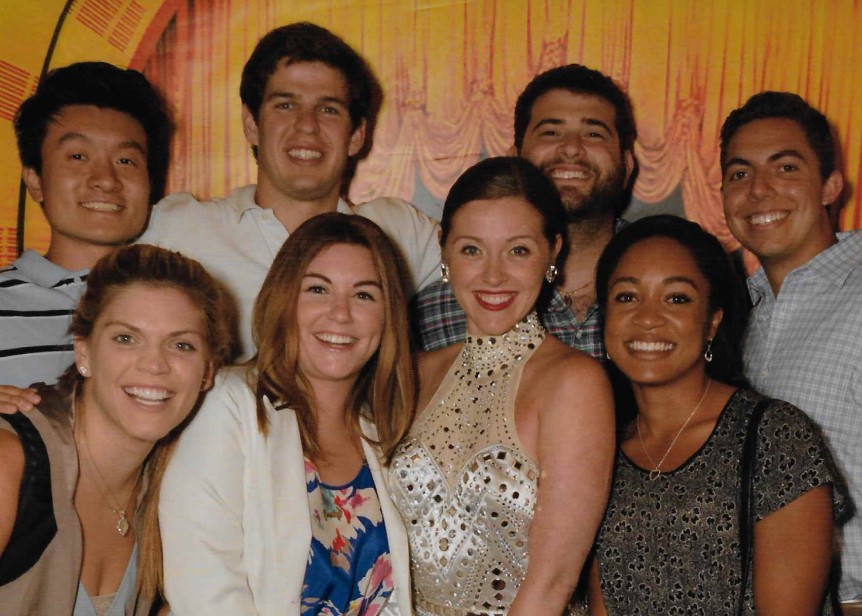 When I was accepted to MSBA, I was planning on a summer full of nothing but sports – my dream come true. I couldn’t have imagined a more ideal program to be involved with as I prepare myself for life after college. On top of that, when I was accepted to be an intern at FanDuel, I couldn’t help but share how excited I was with all my friends, who all responded with words of astoundment that such a program exists.

“MSBA has given me the opportunity to truly learn about my love and passion in a way that nothing else could.”

While my summer has certainly been filled with a ton of exposure to the sports industry and sports events in general (i.e. NBA Draft with my MSBA classmates, a visit to the NFL League Offices, an upcoming Yankees game with all of our Mentorship Collectives on July 17, and plenty more), I’ve really learned there is so much more to New York than just sports. I’ve been fortunate enough to see so many different sides to New York that many people typically don’t get to see while living here full-time.

On June 25, some of my college friends and I went to see the Grateful Dead and John Mayer at Citi Field. While I had not known a lot of Grateful Dead music before, it was an incredible concert filled with a variety of people (as you can imagine) and just was a truly unforgettable atmosphere to be in. The people were lively and friendly and the ride back home on the subway was even better with everybody singing their favorite Grateful Dead songs together.

On June 27, my aunt from Brooklyn took me to see the musical “Bright Star”, which was written and composted by Emmy and Grammy winner Steve Martin. It was a fantastic musical, but I had no idea until we got there that it would be the last performance of the show ever! My aunt and I chatted before the play how we thought Steve Martin would be there since it was the last show, but unfortunately there were no signs of him anywhere. When the curtain rose for the second act, there stood Steve Martin playing a banjo right before our eyes. My aunt and I looked at each other smiling from ear to ear as the audience stood up and clapped along with Steve. I have a great video of it on my phone that I immediately sent to my mom, the biggest Steve Martin fan I know.

Finally, the MSBA program was fortunate enough to be given free tickets (!!!) to a summer performance of The Rockettes on June 30 by Jessica Tuttle, the VP of Sales Planning & Strategy for Madison Square Garden, who we met on our visit to The Garden back on June 10. I knew a little bit about The Rockettes before, but I had no idea it would be like a play. The story was about a brother and sister who are separated from their parents in New York and have to wander around the city looking for them. There was humor, drama, and entertainment in all forms throughout the 90-minute performance, and I walked away from the show in awe of how much I actually enjoyed it (…and yes, beyond just the innumerable beautiful women dancing in front of me).

I’ve loved sports for as long as I can remember, and as I’ve gotten older I’ve found a passion for the business side of sports. MSBA has given me the opportunity to truly learn about my love and passion in a way that nothing else could. However, what I didn’t expect to get out of this program was a love for “The Big City” and all that it has to offer.

Yeah, it’s halftime MSBA, and our second half is about to begin. In the wise words of Bart Scott, “Can’t wait.”