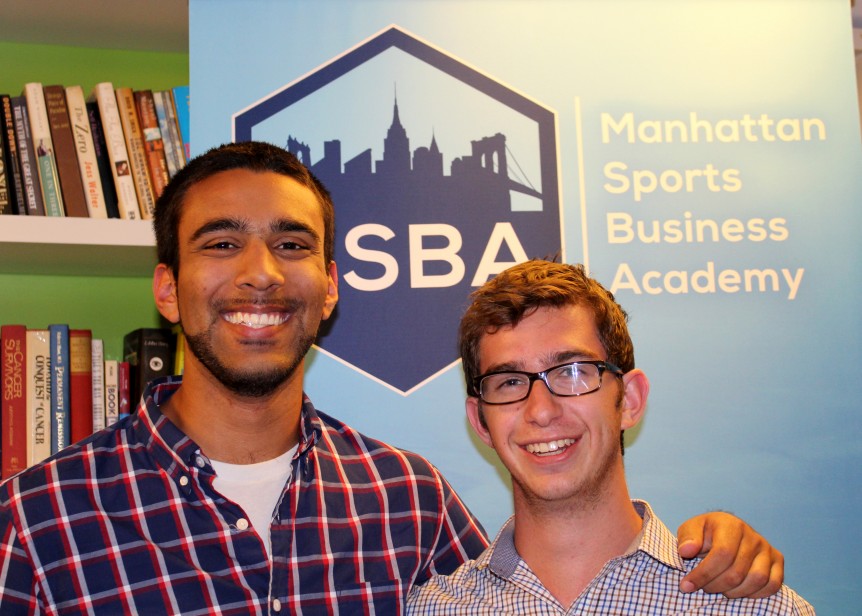 When you’re in the daily grind that is MSBA 2016, it can be easy to overlook the significance of everything we’re doing. Days are packed, exhausting, and unlike anything I’ve ever been a part of before, but taking a step back and looking at the bigger picture is what gives me the energy to do my best every day.

“Everything we spend our time doing here puts us in an increasingly advantageous position for a successful career in sports business.”

MSBA calls itself an eight-week immersion program. I found that intriguing when I first read it, because “immersion” more commonly makes me think of study abroad programs, but now I realize it’s absolutely accurate. Everything we spend our time doing here puts us in an increasingly advantageous position for a successful career in sports business.

I’m not just talking about my internship, although that’s a definite bright spot. As a Brand Partnerships Intern at The Players’ Tribune, I’m getting the incredible experience of being very involved in corporate sponsorship deals for one of the hottest companies in sports media (and sports business in general). I work directly under Jared Schoenfeld, an absolute All-Star in sales and well-deserved Forbes 30 Under 30 honoree. But perhaps even more impressive is Jared’s MVP-caliber character and coaching skill. It’s an honor to be in a position to learn from him daily, and an opportunity that I’ll always be grateful to the MSBA family for.

I’m not just talking about the evening programming either, like the Speaker Series, Workshops, and Office Field Trips. This week, the CEO of Cogent Entertainment Marketing, Mark Zablow, made a point that will stick with me for a long time. “Cheer for the economy,” he says, adding that his favorite teams are the ones that sell the most jerseys. I’d never put it into words before, but I realized I’ve been “cheering for the economy” for years now. Of course, I stay loyal to my hometown Chicago teams, but why am I always one of the first to proclaim that the Cowboys will put it all together this year? Why do I occasionally wear a Yankees hat when, if anything, I don’t even particularly like the team? Because I do like the Yankee brand in relation to the sports industry – the constant attention on them, the passion, the globally-recognizable logo and pinstripes, and the polarization. We need that as an industry. It gets fans emotionally invested, which is where the huge proportions of disposable income they direct towards sports come from. In teaching us this principle, Zablow’s looking at the bigger picture of sports business. For him to tell us to “cheer for the economy” as well, he’s bringing us into this bigger picture, and that’s pretty cool.

But no, the most overlooked part of this entire program is the time we spend outside of work or MSBA programming. We’re here in New York City with 24 other like-minded individuals in a career sense, and thanks to the unbelievably competitive application process, I’m routinely humbled in hearing of the amazing experiences my classmates have had in college and the tremendous internships they’ve earned as a result.

Whether we’re gathering down in the building lounge on a Sunday night to watch the NBA Finals together, heading over to Central Park to relax and play some ball, or biking across the Brooklyn Bridge with a newfound squad, the importance of putting in that time with MSBA classmates cannot be understated. It’s relationship building, and it’s beneficial to us in countless ways. If MSBA has taught me anything, it’s that relationships are everything. Even the connections we’ve developed already through our classmates, co-workers, mentors, alumni, and speakers are purely awesome, and are far more beneficial than any of us even realize. MSBA is a daily grind, but that’s what motivates me to make the most of every day.