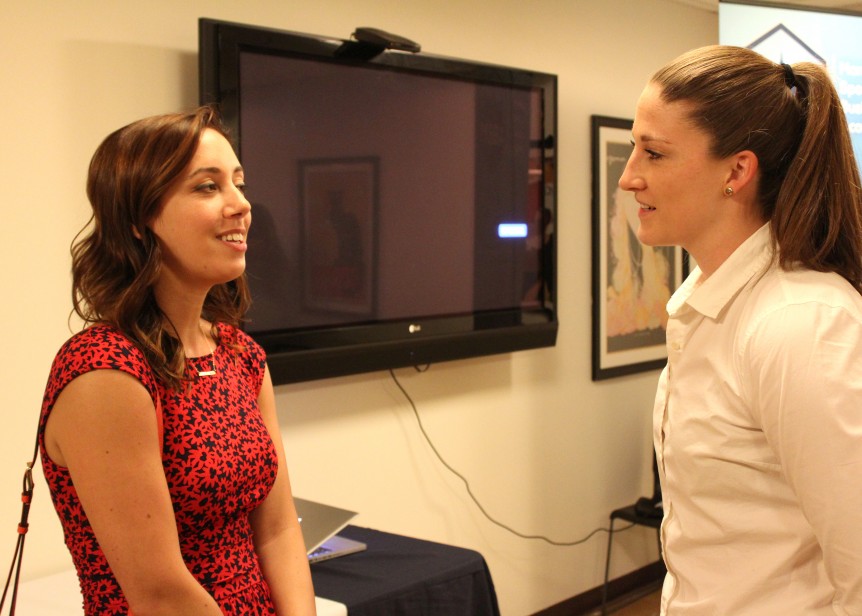 If there is one thing I’ve learned thus far in my short amount of time spent with MSBA, it’s to be a “yes [wo]man.”

“Saying yes to almost everything will get you the experience you need to ultimately get to where you want to go.”

This is something both Lorne and David preached from the beginning nearly a week ago, but also something Nicole Auerbach, a USA Today Sports reporter, stressed to us during our Tuesday night Workshop. While it may not be a job or a task you want to do, saying yes to almost everything will get you the experience you need to ultimately get to where you want to go. As Nicole put it, “If you work hard, you can get your foot in the door for the perfect job instead of waiting around for that job to come to you.”

That quote is something that really stuck with me after Nicole’s Workshop. One of my main goals for this summer is to try to get as much experience as possible, and Nicole’s advice gave me a concrete way to do so. I now plan on saying yes to just about everything at my internship without taking on too much at once. Luckily for me, the start-up atmosphere at Krossover allows me to do just that without the pressure of needing to complete everything. In fact, during my time at Krossover I have been able to take part in numerous aspects of their marketing efforts, from creating and sharing content, to compiling media lists and coaching contacts, to learning new software and programs. It may all seem very menial from the outside, but I don’t even see it that way because I really enjoy doing it. Not to mention, everyone has been extremely appreciative for the help. What I am most excited for, however, is being an integral part of organizing, and eventually launching, Krossover TV, an organic and partnership content platform for players, coaches, and recruiters alike.

In her Workshop, Nicole also discussed the difficulties she has faced as a woman in the male-dominated sports industry. She mentioned that people (mostly on Twitter) still say she doesn’t know anything about sports, despite her unprecedented success, simply because she is a woman. I have heard the same things growing up, and like Nicole, it just adds fuel to the fire. You think I don’t know anything about football? All right, let’s sit down and discuss why Tom Brady is the greatest of all time so I can prove it to you (#FreeBrady).

So to be able to say that I helped create something for a company by the end of the summer, or that I played a game of pickup basketball against the guys in the streets of Spanish Harlem (with my fellow MSBA 2016 baller, Nicole), will be pretty cool. And it will have all been made possible by just saying yes.