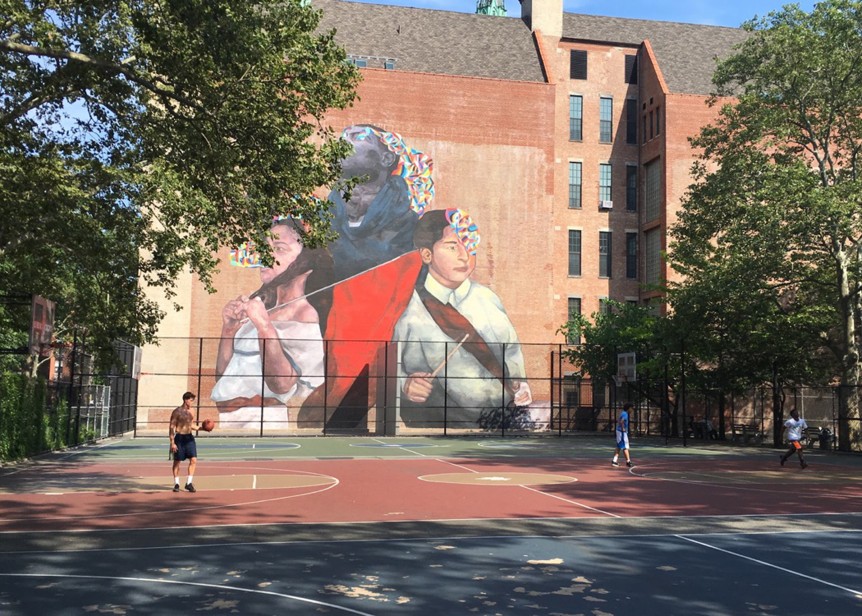 While the first week of our internships are in the books, I don’t think anyone was complaining about a little relaxation time. The first five days of MSBA 2016 felt like somewhat of a grind getting adjusted to the city and our new summer jobs, but I truly believe it couldn’t have gone any better. If there’s one thing I’ve learned coming to New York for my first time, it’s that even if you think you’re moving fast…move faster! The streets are as lively as can be and the people here never stop moving. It has been one action-packed first week to start off MSBA 2016, in which friendships have been formed and connections have been made. To me, it’s starting to look like the fun is just beginning.

“The first five days of MSBA 2016 felt like somewhat of a grind getting adjusted to the city and our new summer jobs, but I truly believe it couldn’t have gone any better.”

Already adjusted to my alarm clock, I was up at the crack of dawn on Saturday (my only day to sleep in). You would think it would be the complete opposite, but I think that’s just the way it goes in the Big Apple when you’re excited to explore the city and see what it has to offer. The guys got together for a nice session of street basketball at the park a few blocks down, which looked like something you would see in a movie. After a double OT finish by a group of high schoolers playing in their outdoor summer league it was our time to take the court. We played for about 4 hours against every competition in the park. It was a really fun time – trips will definitely be made back there in the near future.

A perfect start to the day was followed by a fun night out with my classmates. With so many fancy restaurants and intern-friendly bars, it’s easy to feel overwhelmed by not being able to try everything at once. This first weekend has definitely been one to enjoy before rolling up our sleeves and getting back to another successful workweek. I dig New York.